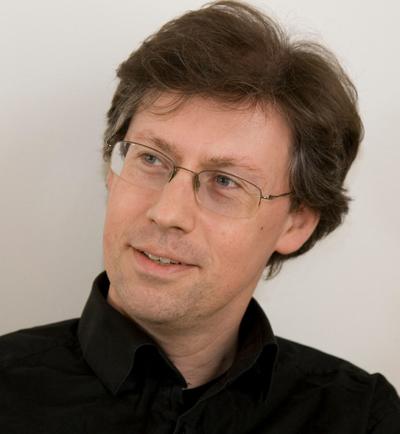 In 1989 Ian Fountain became the youngest winner of the Arthur Rubinstein Piano Masters Competition in Tel Aviv at the age of 19.

He was educated as a chorister at New College, Oxford and later at Winchester College. He studied piano under Sulamita Aronovsky at the RNCM.

Since that time he has enjoyed a wide-ranging and varied career, performing extensively throughout Europe, the USA, the UK and the Far East, with orchestras such as the London Symphony and Sir Colin Davis, the Israel Philharmonic and Zubin Mehta, and the Czech Philharmonic and Jiri Belohlavek. He has also performed with the Deutsches Symphonie-Orchester Berlin, the Philharmonia, London Philharmonic, Halle, CBSO, Vienna Chamber Orchestra, Singapore Symphony and Utah Symphony amongst many others. In Moscow he was invited to open the 1992/3 season of the Moscow Conservatoire and in Poland he marked the 150th anniversary of Chopin’s death by playing both Chopin Concertos in Krakow.

As recitalist, he has performed in major centres such as New York, Chicago, Paris, Berlin, Madrid, and Jerusalem. He is a regular guest of international festivals such as Prague Spring, Berlin, Schleswig-Holstein, Enescu (Bucharest) and Kuhmo. He has performed an extensive repertoire of over 60 concertos, including the complete Mozart Concertos.

As a chamber musician, he enjoys many long-standing collaborations with musicians such as David Geringas, Erika Geldsetzer and the Mandelring Quartet, performing in concerts and festivals throughout Europe, Japan and Korea.

Recent performances include concerts with the Hungarian Philharmonic and Zoltan Kocsis in Budapest, the Enescu Philharmonic and Cristian Mandeal in Bucharest, Deutsche Kammerphilharmonie Bremen and Paavo Jarvi in Japan, Royal Philharmonic Orchestra in London and the RLPO in Liverpool. In 2018 he made his recital debut in China, and future plans include performances at major festivals in New York, Duszniki (Poland) Prague, Siena, and Shenzhen.

Ian Fountain has made several critically acclaimed recordings, including for EMI (20th Century Piano Sonatas), CRD (Beethoven Diabelli Variations), and for Sony and Haenssler Classics the complete works for cello and piano of Beethoven, Chopin and Mendelssohn and Rachmaninov with the cellist David Geringas. In 2015 he won an ECHO gramophone prize in Germany.

In 2008 he collaborated in the preparation of the present editions of Beethoven Sonatas and Variations for Piano and Cello published by Henle Verlag, Munich. In January 2019, his fingerings for the complete Beethoven Variations for piano was published in the new Henle edition.

Since 2001, Ian Fountain has been a piano professor at the Royal Academy of Music, London. His students have won many competitions and awards. He holds an annual summer masterclass in Cervo, Italy, and further masterclasses around the world, in Beijing, Berlin, Hanover, Budapest and Jerusalem. He has served on the juries of many international piano competitions, including at the Arthur Rubinstein Competition in 2011.